A conservation and enhancement project of the protected structure of Cavan Town Hall (formerly Cavan UDC), this facility is now used as a 220-person theatre, a visual arts centre, children’s art facility and Studios for three resident artists.

Our  firm is a busy medium sized multi-disciplinary
consultancy in the Irish built environment sector. we are currently seeking the following:-

Please send your CV with enclosing application letter
by email to marie.flahive@boda.ie or post to Marie
Flahive Financial Controller at 2 John St, Kilkenny

The premises, built in 1909, designed by Architect William Scott is a landmark municipal building and home to Arts in Cavan. Cavan County Council commissioned Bluett & O’Donoghue  to lead the complete refurbishment of the building to secure its long term sustainability. It now serves as an important focal point for Civic life in Cavan.

We are very proud to announce that the Cork Criminal Courthouse by OPW Architects with Wilson Architecture and Bluett O’Donoghue  received three awards at the 2019 RIAI Architectural Awards.. This is a fantastic result following tough competition from 41 shortlisted projects.

Currently there is the opportunity to join our team with the following employment positions available.

Attractive package for the right Candidates to work on a broad range of project types. Please send C.V. and enclosing letter by post to No.2 John st Kilkenny or email to : marie.flahive@boda.ie.

Bluett & O’Donoghue are honored to  have the Cork Criminal  Courthouse shortlisted in the  – Irish Architectural Awards 2019.

The prestigious  development  was completed in conjunction with  OPW Architects  and Wilson Architecture.

Why not vote for  this project:   link to the following RIAI site:  https://www.irisharchitectureawards.ie/public-choice-2019#

Voting closes at midnight on Friday, 31st May 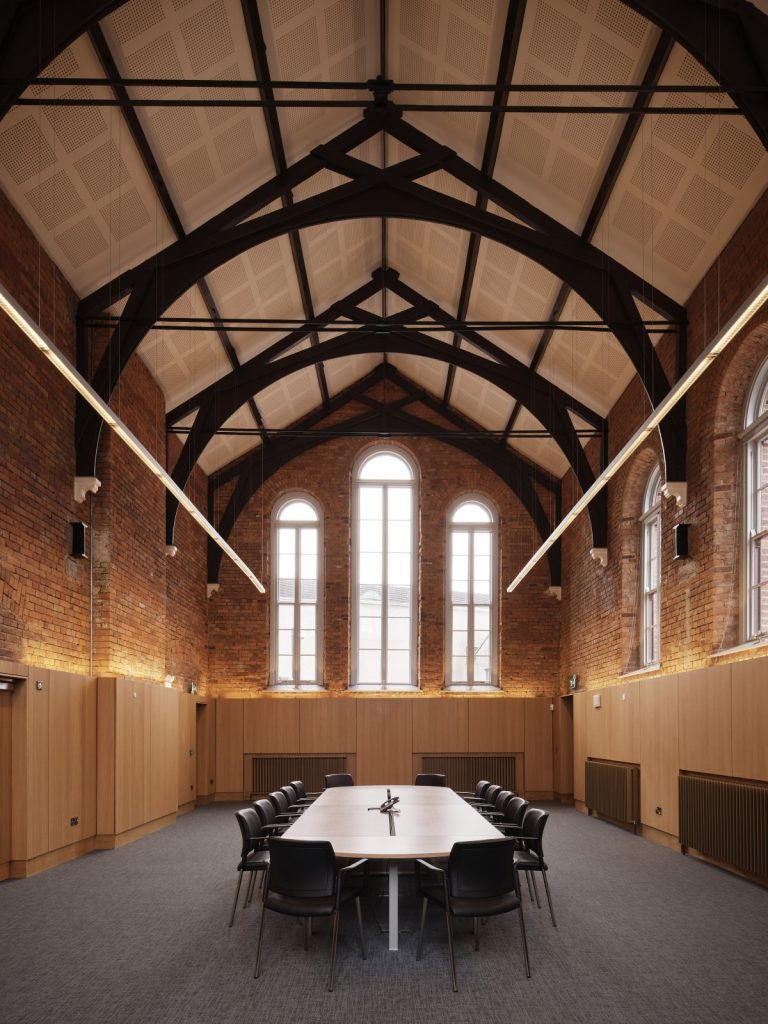 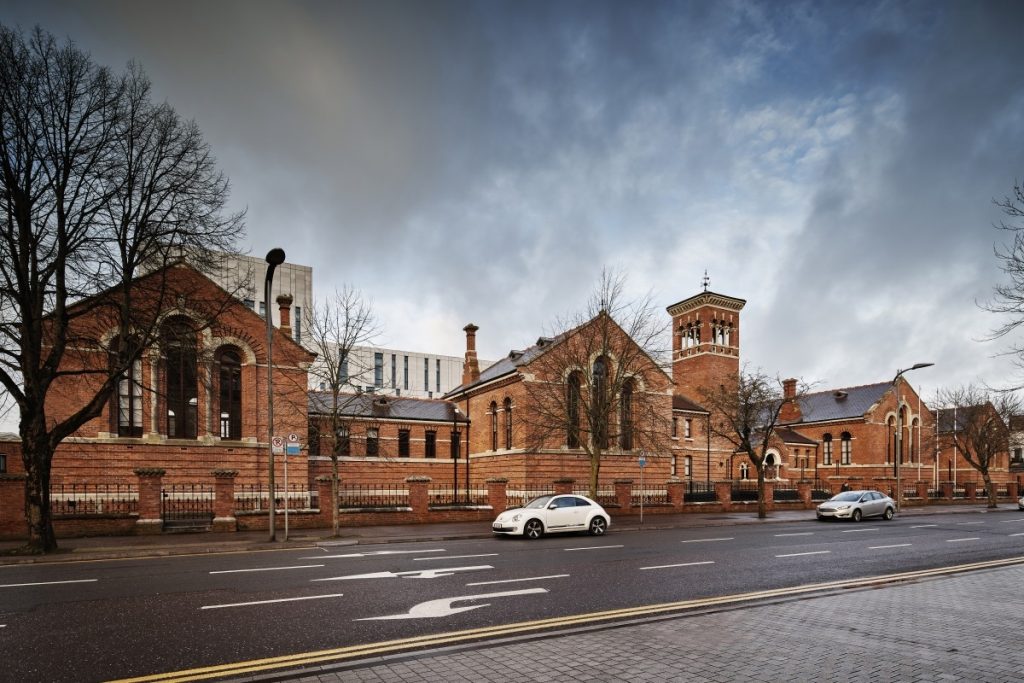 A timely 4 Hour  RIAI  CPD session on fire safety considerations  for existing buildings  took place on the 13th of June in Dublin.

Presentations were also made by John Barry  of the Department of Housing Planning and Local Government in relation  to Fire Safety in Ireland – report of the Fire Safety Task Force- formed following the Grenfell fire; Owen O’Dowd,  Dublin Fire brigade in relation to the Fire Officer’s view of issues / problems that arise in relation to remedial works/legacy issues; John McCarthy in relation to  BS9999 as an alternative to TGD B for existing buildings; Donal Friel,  a Case Study: Providing a due diligence report fire for an institution/client.

Michael O’Boyle and Peter Bluett attended the opening of Cork City’s new courthouse. The new courthouse, 8,500sq m of accommodation, includes six new courtrooms and a new public office and was constructed at a cost of €35m.

The official opening was performed by Chief Justice of Ireland, Frank Clarke, and Minister for Justice, Charlie Flanagan.

Built in 1865 in an Italianate style, the former Cork Model School functioned as a district courthouse for 20 years until it closed in 2015 when it was no longer fit for purpose The Anglesea Street courthouse project is the sixth of seven such projects undertaken by the Courts Service in conjuction with construction firm BAM, as part of a €140m public-private partnership (PPP) scheme.  Michael O’Boyle was the lead conservation architect for the Cork Courthouse, and for the protected structures in the other courthouses (Limerick, Waterford, Wexford and Cork) within the PPP bundle.

Extensive conservation work has been carried out on the former Model School. This includes the reinstatement of part of the decorative entrance porch and carvings, repair of the English garden bond-red brick gables and replacement of 25,000 inappropriate red bricks put in place in the 1990s, one by one and by hand, with more suitable bricks sourced from the UK. The tower on the Model School, which originally served as an observation point for shipping coming to the quays, has also undergone conservation work and is now lit at night.  The front entrance porch is retained in use as the main ‘front door’ to the entire development.  Particular care was taken to restore the missing carved Portland stone details on the porch that were removed to create an accessible entrance in 1994. The historic sash windows were conserved and repaired, and painted a deep red that was identified as the original colour through microscopic analysis of the nineteenth century paintwork.  Generous entrance steps and a discreet ramp to a contemporary design were introduced as part of the landscaping to the front of the building.  The interior of the historic building will contain administrative accommodation for the Courts Service, with the large volumes of the former classrooms presented as single spaces.

Perhaps the most successful part of this challenging project has been the integration of the new courthouse extension with the nineteenth century former school.  The limestone cladding of the imposing new courthouse extension closely matches the tone of the limestone rubble of the rear façade of the former Model School.  A landscaped courtyard separates the two buildings, across which the dividing line between the former boys’ and girls’ school yards has been highlighted.  The zinc-clad link corridor from the old to the new is lined in oak, which is peeled back to reveal the limestone rubble rear façade and brick-lined windows of the former Model School within the reception area.

The diverse trades involved in the completed project included highly-skilled conservation joiners, stone masons, leadworks, ironworkers and bespoke carpenters, all of whom collaborated with BAM Building to deliver an exemplary conservation project.  The hoarding came down on the old Model School in early-April 2018 and the completed work has received a very positive reception from the Court Service, legal practitioners, and the people of Cork.

Photograph : Michael O’Boyle with other members of the architectural team at the opening of Cork Courthouse

Peter Bluett presented a paper “Communicating the Fire Safety Message (Roles and Responsibilities)” at the FM Ireland 2018 Conference in the RDS Dublin on the 7th March 2018. Peter advised on Fire Safety and Management issues for existing premises and the requirement to have an up to date Safety Register in the premises. Also reviewed was the requirement to obtain Fire Safety Certificates and a review of issues which arise in relation to fire safety inspections.